I cut my cable (in my case, satellite) TV cord over 5 years ago.  As a former television executive for 20+ years in Los Angeles, and a major TV fan, I never thought I could make it work.  And it did take a few years for enough streaming channels to emerge to satisfy me.  Plus, I had to move out of the Valley and to an area where I could get the local channels over the air with an antenna (which ended up being Missouri), and I had to wait for streaming to get fast enough to not annoy me with constant buffering.

My current combo: Hulu Plus, Netflix, Sling TV, Amazon Prime Video (includes HBO and Showtime, ala carte), and over-the-air local channels. Monthly cost = $63, but that’s because I don’t count the cost of broadband ($60/month), or Amazon Prime ($10/month) because I consider them both “utilities.”  I refuse to bundle — I’m not giving one company that much power over my life.

My cost varies from season to season — I add Starz when “Outlander” is streaming, and delete Showtime after the “Billions” season ends, and HBO when “Game of Thrones” isn’t airing (which is most of the time).  So it can be as low as $41/month.  Sling is genius — it gives me all the “cable” channels I care about — HGTV, AMC, History, Bravo, ESPN, FX, and many more, for $25/month.  The selection and cost is enough to forgive the abysmal buffering (it’s the only channel that still buffers) and horrible interface.

For now, I’m happy.  I see my parents’ cable bill (because I pay it!) and it steadily increases every year. Right now it’s $117, so it’s time to call Comcast and argue with them again. And my parents pay another $50/month for streaming on top of their cable bill.  I haven’t yet been able to convince my parents to cut the cord — they just don’t like to learn new tech anymore. It was a giant struggle to get them to consolidate 3 remotes into 1, which was ultimately a lot easier … but it was a change.  But cable companies should recognize that this generation is not going to live forever.

And now … we wait. We wait for the Internet Service Providers to become as greedy as cable and satellite providers. They’re already headed that way, as ISP’s swallow up traditional providers (AT&T bought DirecTV, etc).  Eventually, ISP’s will be the greedy monopolies and prices will rise again.

Why does there always have to be greedy bastards? 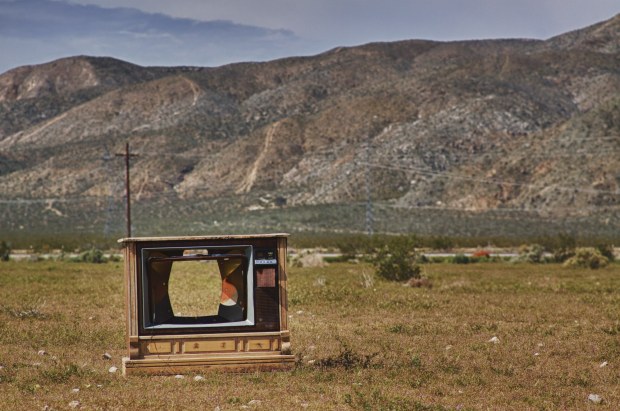